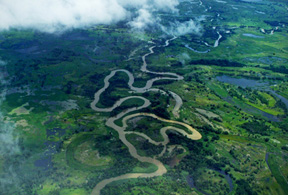 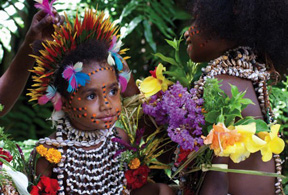 PNG’s fisheries sector has come a long way over the past 12 years, with significant new foreign investment in the pipeline.

PNG’s Exclusive Economic Zone covers 2.4 million square kilometres and accounts for a hefty 10% of the world’s tuna catch. It used to be dominated by ‘distant water’ fishing companies. Such foreign fleets simply paid a comparatively small fee for the privilege of fishing in PNG’s waters and then took their catch home with them. Clearly, the country was missing out on a major opportunity to add value onshore.

In 1997 the PNG Government encouraged a major Philippine group R D Tuna to set up a processing plant in the northern town of Madang.

Most of R D Tuna’s production is exported to the European Union under PNG’s tariff-free access arrangement. The company also sells the popular Diana and Dolly brands in PNG and the rest to the Pacific. The European Union is the biggest consumer of Pacific tuna and recently made conditions more favourable for the importation of PNG tuna.

Other companies have since followed suit; most notable is another Philippine company, Frabelle Fishing Corporation, which has established its own processing facilities in PNG’s industrial hub of Lae. Ironically, Frabelle is itself one of those ‘distant water’ fishing companies, but in recent times it has come to see the benefit of settings up local operation in PNG. In fact, it is now planning a second, distinct plant in Lae, on a much large scale than the first. Its US$25 million investment, in partnership with two other Asian investors, will enable it process 350 tons of raw tuna a day and employ up to 6000 people. Its first stage was completed before the end of 2010.

PNG continues to process a small portion of its tuna onshore. To encourage more onshore processing in the fisheries industry in PNG, and to support its export-driven industry strategy, the PNG Government has considered and approved a US$33 million investment in a pacific key industry players. The industrial park would include a fish market, cold storage facilities, an ice making plant and improved port facilities.

It would boost revenue and industry capacity tenfold, and act as regional tuna transhipment and processing hub for the Western and Central Pacific. The PNG Government has already invited the eight countries that are parties to the Nauru Agreement - which between them control 20% of the world’s tuna catch - to participate in the park.